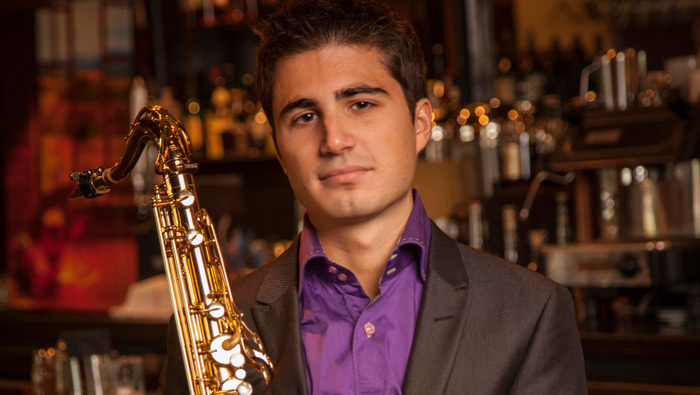 Your ticket reserves a table in our Performance Lounge and you will be able to choose your table upon arrival. We will begin seating tables in order of check-in. If you are part of a large party and would like to sit together, you can either purchase all tickets under the same name or
email us at tix-info@spaghettini.com so we can plan for multiple parties joining each other.
Our full menu is available before and during the show. $20 per person food & beverage minimum.

*Tickets are non-refundable. Shows rescheduled due to COVID-19 can be moved to a future show.*

As much of an entertainer as he is a musician, the Yamaha Performing Artist has been wowing live audiences as a regular on the popular smooth jazz festival and cruise circuit for several years. His fun-loving stage presence, combined with an obvious passion for playing, elevates the crowd to an exciting frenzy!  ​An “old soul,” as he’s often referred to, Vincent possesses deep knowledge and appreciation for all genres of music. His versatility on multiple instruments makes him sought after both live, and as a producer in the studio. This coast-to-coast sensation brings a playful spirit, old soul, and youthful enthusiasm to contemporary jazz, with a real sense for what music fans are seeking, from recordings to live performances.