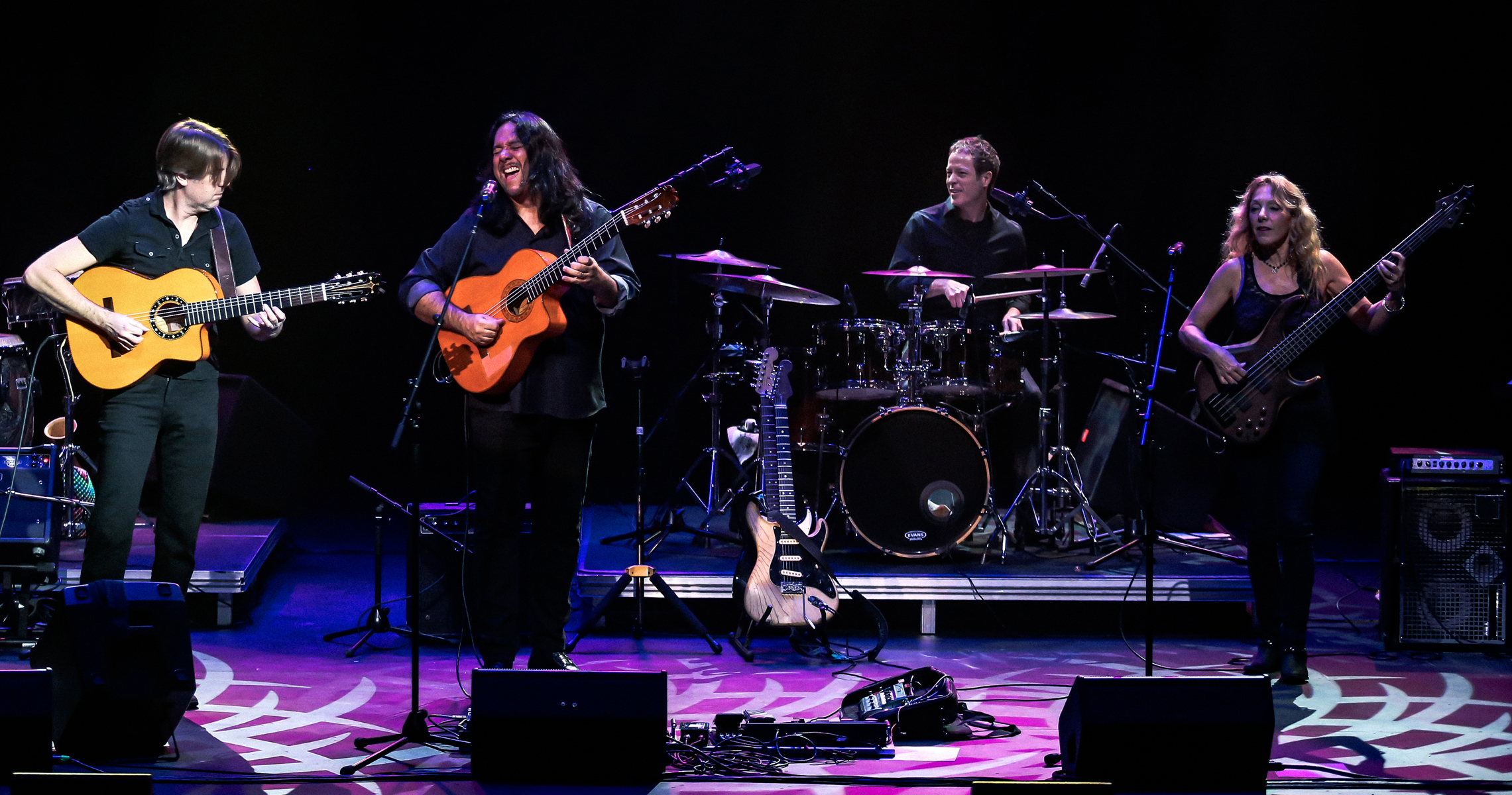 Your ticket reserves a seat(s) in our Performance Lounge and you will be able to choose your table upon arrival. We will begin seating tables in order of check-in. Our full menu is available before and during the show.
$20 per person food & beverage minimum.
Large Parties: If you are part of a large party and would like to sit together, you can either purchase all tickets under the same name or email us at tix-info@spaghettini.com so we can plan for multiple parties joining each other.  Our Performance Lounge can accommodate tables for up to 6 guests. For your convenience, each table will be presented one bill at the end of the show that includes a suggested 18% gratuity. Our policy is that we do not split individual checks, but will accept up to two credit cards as payment per table.

*Tickets are non-refundable. Promotional codes will be issued if a show is canceled or rescheduled.
Codes can be used for a future show.*

Incendio, simply put, is instrumental world music. The primary “voice” of the band is the guitar, but to say the music of Incendio is solely guitar music would be an oversimplification. The guitar is certainly present, but other instruments such as the mandolin, bouzouki, violin, Celtic harp, piano, bass, synthesizer and various ethnic percussion instruments play a huge role in the ensemble’s sound. American musicologist Donald Grout is credited as saying that only instrumental music, which is “pure music free from the burden of words”, can convey the deepest emotions of the composer. And for this reason, the evocative titles of the songs are very much there to help shape or guide the listener’s experience.

Incendio formed in 1999 and has 10 CD’s and a DVD available internationally – they have toured nationally about 150 dates a year since 2000.  The group has hit the Billboard charts, currently has 92 million spins and counting on Pandora, and a rapidly growing presence on Spotify, Apple Music and Deezer.  Their music has been heard in film and tv places including HBO’s “Resurrection Boulevard”, “Gene Simmons Family Jewels” and many more.